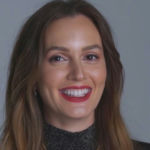 Why Is Leighton Meester Influential?

According to Wikipedia, Leighton Marissa Meester is an American actress, singer, and model. She is best known for her starring role as the devious socialite Blair Waldorf on Gossip Girl on The CW . She has also appeared in films such as Killer Movie , Country Strong , The Roommate , Monte Carlo , The Oranges , The Judge and The Weekend Away . She portrayed Angie D'Amato on the ABC sitcom Single Parents . Meester made her Broadway debut in Of Mice and Men .

Other Resources About Leighton Meester