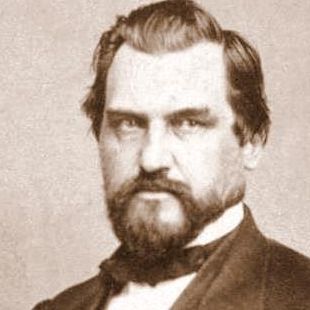 Amasa Leland Stanford was an American industrialist and politician. A member of the Republican Party, he served as the 8th Governor of California from 1862 to 1863 and represented California in the United States Senate from 1885 until his death in 1893. He and his wife Jane were also the founders of Stanford University, which they named after their late son. Prior to his political career, Stanford was a successful merchant and wholesaler who built his business empire after migrating to California during the Gold Rush. As president of the Central Pacific Railroad and later the Southern Pacific from 1885 to 1890, he held tremendous power in the region and a lasting impact on California.