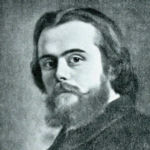 Why Is Léon Walras Influential?

According to Wikipedia, Marie-Esprit-Léon Walras was a French mathematical economist and Georgist. He formulated the marginal theory of value and pioneered the development of general equilibrium theory. Walras is best known for his book Éléments d'économie politique pure, a work that has contributed greatly to the mathematization of economics through the concept of general equilibrium. The definition of the role of the entrepreneur found in it was also taken up and amplified by Joseph Schumpeter.

Other Resources About Léon Walras

What Schools Are Affiliated With Léon Walras?

Léon Walras is affiliated with the following schools: