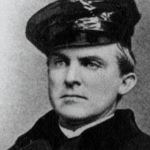 Why Is Leonard Fulton Ross Influential?

According to Wikipedia, Leonard Fulton Ross was an American lawyer, probate judge, and stock raiser who served as a first lieutenant in the Mexican-American War and as a brigadier general during the American Civil War. Early life and education Leonard F. Ross, third son and fifth child of Ossian M. Ross and Mary Winans, was born in Lewistown, Illinois, on July 7, 1823. Ross moved to Havana, Illinois, with his family at a young age, and for most of his youth, he received little formal schooling. Instead, he served as a clerk in his father's store and helped run his father's ferry service. Following his father's death in 1837, however, Leonard moved with his mother to Canton, Illinois, where he received college preparation from students of Illinois College. Ross attended Illinois College for one year , although his graduation date is listed as 1845 in school records. He then traveled through parts of neighboring states attempting to collect moneys due the estate of his father. In this endeavor, he was only partially successful, owing to the aftermath of the financial crash of 1837. Ross subsequently studied law in the office of Davidson and Kellogg of Canton, Illinois, and was admitted to the bar in December, 1844. He then opened a law office in Vermont, Illinois, and practiced law until he enlisted in the Mexican–American War.

Other Resources About Leonard Fulton Ross

What Schools Are Affiliated With Leonard Fulton Ross?

Leonard Fulton Ross is affiliated with the following schools: