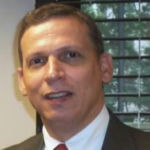 Why Is Leopoldo Minaya Influential?

According to Wikipedia, Leopoldo Minaya is a Dominican-American poet. He is a member of the Generation of 1980 literary movement in the Dominican Republic. He won the 2001 Miguel de Cervantes Cultural Association Award. His works have been published by various Spanish and Dominican publications. Minaya has a doctorate in law from the University of Santo Domingo and took graduate studies in urban education at Mercy College in the United States. Minaya is also a member of the Writers' International Society.

Other Resources About Leopoldo Minaya

What Schools Are Affiliated With Leopoldo Minaya?

Leopoldo Minaya is affiliated with the following schools: