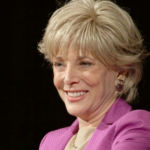 Why Is Lesley Stahl Influential?

According to Wikipedia, Lesley Rene Stahl is an American television journalist. She has spent most of her career with CBS News, where she began as a producer in 1971. Since 1991, she has reported for CBS's 60 Minutes. She is known for her news and television investigations, and award-winning foreign reporting. For her body of work she has earned various journalism awards including a Lifetime Achievement News and Documentary Emmy Award in 2003 for overall excellence in reporting. Prior to joining 60 Minutes, Stahl served as CBS News White House correspondent – the first woman to hold that job – during the Jimmy Carter and Ronald Reagan presidencies and part of the term of George H. W. Bush. Her reports appeared frequently on the CBS Evening News, first with Walter Cronkite, then with Dan Rather, and on other CBS News broadcasts. During much of that time, she also served as moderator of Face the Nation, CBS News' Sunday public affairs broadcast from September 1983 to May 1991. As moderator, she interviewed such various world leaders as Margaret Thatcher, Boris Yeltsin, and Yasser Arafat, among others. From 1990 to 1991, she was co-host with Charles Kuralt of "America Tonight," a daily CBS News late-night broadcast of interviews and essays.

Other Resources About Lesley Stahl

What Schools Are Affiliated With Lesley Stahl?

Lesley Stahl is affiliated with the following schools: