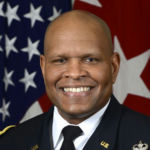 Why Is Leslie C. Smith Influential?

According to Wikipedia, Leslie C. Smith is a retired United States Army lieutenant general who last served as the 66th Inspector General of the United States Army. Military career From 1981 to 1985, Smith earned a Bachelor of Business Administration in Accounting from Georgia Southern University, then went on to study for a Master of Science in Accounting from Central Michigan University and then a Master of Arts in National Security and Strategic Studies from the National Defense University.

Other Resources About Leslie C. Smith

What Schools Are Affiliated With Leslie C. Smith?

Leslie C. Smith is affiliated with the following schools: