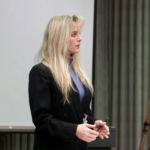 Why Is Linda Ham Influential?

According to Wikipedia, Linda Ham is a former Constellation Program Transition and Technology Infusion Manager at NASA. She was formerly the program integration manager in the National Aeronautics and Space Administration Space Shuttle Program Office and acting manager for launch integration. In this position, she chaired the mission management team for all shuttle flights between 2001 and 2003, including shuttle mission STS-107 that ended with the catastrophic destruction of Columbia upon its planned reentry into the Earth's atmosphere.

Other Resources About Linda Ham

What Schools Are Affiliated With Linda Ham?

Linda Ham is affiliated with the following schools: