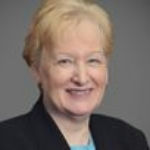 Why Is Linda Puchala Influential?

According to Wikipedia, Linda Puchala is an American government official who has served as a member of the National Mediation Board since 2009. Puchala is a past president of the Association of Flight Attendants. Career Puchala started as a flight attendant in 1969 with North Central Airlines; in a 1985 article she noted that was a time when women had to resign when they married or reached age 32. North Central Airlines merged with Republic Airlines and Puchala served as the master executive council chairperson.

Other Resources About Linda Puchala

What Schools Are Affiliated With Linda Puchala?

Linda Puchala is affiliated with the following schools: