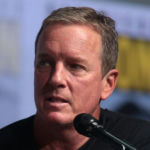 Why Is Linden Ashby Influential?

According to Wikipedia, Clarence Linden Garnett Ashby III is an American actor and director. On television, he portrayed Brett Cooper on the final two seasons of the Fox soap opera Melrose Place and Sheriff Noah Stilinski on all six seasons of the MTV supernatural drama Teen Wolf . He is also known for portraying Johnny Cage in the 1995 film Mortal Kombat, an adaptation of the video game franchise of the same name.

Other Resources About Linden Ashby

What Schools Are Affiliated With Linden Ashby?

Linden Ashby is affiliated with the following schools: