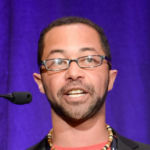 Why Is Lindsay Grace Influential?

According to Wikipedia, Lindsay Grace is a video game designer, artist, professor, and writer who currently lives in Miami, FL. He is best known as an academic game designer who employs critical design. He is the 2019 Games for Change Vanguard Award winner and Knight Chair at the University of Miami. He served as founding director of the American University Game Lab and Studio , which includes the Fake News game, Factitious, the NPR game Commuter Challenge and Miami Herald's Gaming the System. In 2013 his game, Wait was inducted in the Games for Change Hall of Fame as one of the five most significant games for change in the last decade. Created in 2009, players must navigate a 3D world that fades away when the player moves, and grows more detailed as they wait. If players fail to move for long, the world also recedes. Other notable games include Big Huggin', a game controlled by a giant stuffed animal that players must hug to meet game goals. Big Huggin' was Kickstarted with notable support from Jane McGonigal and selected for the ACM SIGGRAPH's Aesthetics of Gameplay Show.

Other Resources About Lindsay Grace