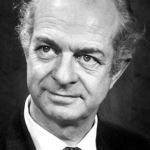 Why Is Linus Pauling Influential?

According to Wikipedia, Linus Carl Pauling was an American chemist, biochemist, chemical engineer, peace activist, author, and educator. He published more than 1,200 papers and books, of which about 850 dealt with scientific topics. New Scientist called him one of the 20 greatest scientists of all time, and as of 2000, he was rated the 16th most important scientist in history. For his scientific work, Pauling was awarded the Nobel Prize in Chemistry in 1954. For his peace activism, he was awarded the Nobel Peace Prize in 1962. He is one of four people to have won more than one Nobel Prize . Of these, he is the only person to have been awarded two unshared Nobel Prizes, and one of two people to be awarded Nobel Prizes in different fields, the other being Marie Curie.

Other Resources About Linus Pauling

What Schools Are Affiliated With Linus Pauling?

Linus Pauling is affiliated with the following schools:

What Are Linus Pauling's Academic Contributions?

Linus Pauling has made the following academic contributions: