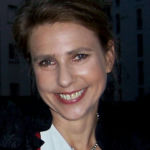 Why Is Lionel Shriver Influential?

According to Wikipedia, Lionel Shriver is an American author and journalist who lives in the United Kingdom. Her novel We Need to Talk About Kevin won the Orange Prize for Fiction in 2005. Early life and education Shriver was born Margaret Ann Shriver, in Gastonia, North Carolina, to a religious family. Her father, Donald, is a Presbyterian minister who became an academic and president of the Union Theological Seminary in New York; her mother was a homemaker. At age 15, she changed her name from Margaret Ann to Lionel because she did not like the name she had been given, and as a tomboy felt a conventionally male name was more appropriate.

Other Resources About Lionel Shriver

What Schools Are Affiliated With Lionel Shriver?

Lionel Shriver is affiliated with the following schools:

What Are Lionel Shriver's Academic Contributions?

Lionel Shriver has made the following academic contributions: