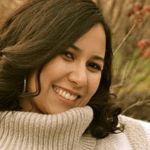 Why Is Lizia Oliveira Influential?

According to Wikipedia, Lizia Oliveira is a Brazilian journalist and author who has worked in several areas of the communications field, including online and print journalism and public relations. Education In 2007, Lizia graduated top of her class in the Federal University of Rio Grande do Norte, one of the most prestigious universities of northeastern Brazil. In January 2011, she received her Masters of Science degree in Applied Communications from Fitchburg State University , where she is now pursuing her Certificate of Advanced Graduate Studies in Public Relations and Applied Communications.

Other Resources About Lizia Oliveira

What Schools Are Affiliated With Lizia Oliveira?

Lizia Oliveira is affiliated with the following schools: