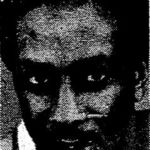 Why Is Lloyd Neal Influential?

According to Wikipedia, Lloyd Neal is an American former professional basketball player born in Talbotton, Georgia. A 6'7" center/forward from Tennessee State University, Neal spent his entire professional career with the National Basketball Association's Portland Trail Blazers. Though undersized for his position, he endeared himself to fans with his hard work and tenacity, and he averaged a double-double during the 1972–73 NBA season. After his career was cut short by a knee injury in 1979, the Blazers retired his #36 jersey. He finished college in 1980 and moved on to a long career with the Internal Revenue Service in Portland, where he's worked since 1985.

Other Resources About Lloyd Neal

What Schools Are Affiliated With Lloyd Neal?

Lloyd Neal is affiliated with the following schools: