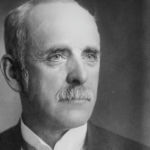 Why Is L. M. Shaw Influential?

According to Wikipedia, Leslie Mortier Shaw was an American businessman, lawyer, and politician. He served as the 17th Governor of Iowa and was a Republican candidate in the 1908 United States presidential election. Biography Shaw was born in Morristown, Vermont, the son of Boardman O. Shaw and Louise Spaulding "Lovisa" Shaw. He attended Cornell College in 1874. Shaw married the former Alice Crenshaw on December 6, 1877, with whom he had three children.

Other Resources About L. M. Shaw

What Schools Are Affiliated With L. M. Shaw?

L. M. Shaw is affiliated with the following schools: