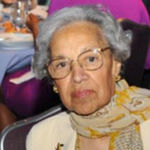 Why Is Lois Rice Influential?

According to Wikipedia, Lois Ann Dickson Fitt Rice was an American corporate executive, scholar, and education policy expert. Known as the ‘‘mother of the Pell Grant” because of her work lobbying for its creation, she was national vice president of the College Board from 1973 until 1981. According to the Wall Street Journal, she was “among the first wave of African-American women serving on boards of major US corporations,” and under president Bill Clinton, she was a member of the President's Intelligence Advisory Board. For years, she was an economic studies expert at the Brookings Institution concentrating on education policy.

Other Resources About Lois Rice

What Schools Are Affiliated With Lois Rice?

Lois Rice is affiliated with the following schools: