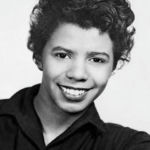 Why Is Lorraine Hansberry Influential?

According to Wikipedia, Lorraine Vivian Hansberry was a playwright and writer. She was the first African-American female author to have a play performed on Broadway. Her best known work, the play A Raisin in the Sun, highlights the lives of Black Americans living under racial segregation in Chicago. The title of the play was taken from the poem "Harlem" by Langston Hughes: "What happens to a dream deferred? Does it dry up like a raisin in the sun?" At the age of 29, she won the New York Drama Critics' Circle Award — making her the first African-American dramatist, the fifth woman, and the youngest playwright to do so. Hansberry's family had struggled against segregation, challenging a restrictive covenant in the 1940 US Supreme Court case Hansberry v. Lee.

Other Resources About Lorraine Hansberry

What Schools Are Affiliated With Lorraine Hansberry?

Lorraine Hansberry is affiliated with the following schools: