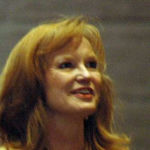 Why Is Luann Ridgeway Influential?

According to Wikipedia, Luann Ridgeway is a politician and an attorney. A Republican, she served as a member of the Missouri House of Representatives elected in 1992 and serving through 2002 and Missouri Senate elected in 2004 and serving through 2012. Ridgeway served as the Eastern District Commissioner of Clay County, Missouri, elected 2012 through 2020. She announced she would not run for reelection in 2020 and returned to private life in 2021.

Other Resources About Luann Ridgeway

What Schools Are Affiliated With Luann Ridgeway?

Luann Ridgeway is affiliated with the following schools: