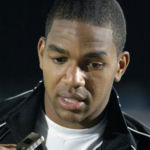 Why Is Lyle Martin Influential?

According to Wikipedia, Lyle Martin is an American soccer player. Career College and amateur Martin made his debut in the football field in 2004, and played college soccer at California State University, Bakersfield, appearing in 79 career games and scoring 29 goals. In his senior year, he earned the 2006 California Collegiate Athletic Association goal-scoring title with 17 goals in 19 matches, which paved the way for him to become the second most single-season goals in school history.

Other Resources About Lyle Martin

What Schools Are Affiliated With Lyle Martin?

Lyle Martin is affiliated with the following schools: