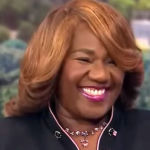 Why Is Mablean Ephriam Influential?

According to Wikipedia, Mablean Deloris Ephriam, Esq. is a former Los Angeles prosecuting attorney. She is best known as the adjudicator of the courtroom series Divorce Court for seven seasons from 1999–2006. She was replaced by Judge Lynn Toler in the show's 2006-07 season. Ephriam is also known for her judge roles in Tyler Perry's Madea films.

Other Resources About Mablean Ephriam

What Schools Are Affiliated With Mablean Ephriam?

Mablean Ephriam is affiliated with the following schools: