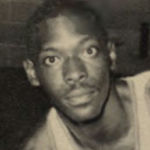 Why Is Mack Daughtry Influential?

According to Wikipedia, Mack Daughtry is an American former professional basketball player who spent one season in the American Basketball Association with the Carolina Cougars during the 1970–71 season. He attended Albany State University. He was drafted by the Atlanta Hawks in the eighth round of the 1968 NBA draft.

Other Resources About Mack Daughtry

What Schools Are Affiliated With Mack Daughtry?

Mack Daughtry is affiliated with the following schools: