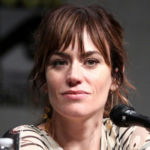 Why Is Maggie Siff Influential?

According to Wikipedia, Maggie Siff is an American actress. Her most notable television roles have included department store heiress Rachel Menken Katz on the AMC drama Mad Men, Dr. Tara Knowles on the FX drama Sons of Anarchy for which she was twice nominated for the Critics' Choice Television Award for Best Supporting Actress in a Drama Series, and psychiatrist Wendy Rhoades on the Showtime series Billions.

Other Resources About Maggie Siff

What Schools Are Affiliated With Maggie Siff?

Maggie Siff is affiliated with the following schools: