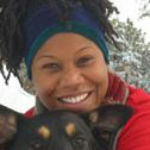 Why Is Majora Carter Influential?

According to Wikipedia, Majora Carter is an American urban revitalization strategist and public radio host from the South Bronx area of New York City. Carter founded and led the non-profit environmental justice solutions corporation Sustainable South Bronx from 2001 onward, before entering the private sector in 2008.

Other Resources About Majora Carter

What Schools Are Affiliated With Majora Carter?

Majora Carter is affiliated with the following schools: