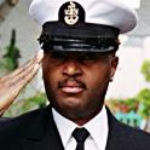 Why Is Malcolm Nance Influential?

According to Wikipedia, Malcolm Wrightson Nance is an American author and media pundit on terrorism, intelligence, insurgency, and torture. He is a former United States Navy Senior Chief Petty Officer specializing in naval cryptology.

Other Resources About Malcolm Nance

What Schools Are Affiliated With Malcolm Nance?

Malcolm Nance is affiliated with the following schools:

What Are Malcolm Nance's Academic Contributions?

Malcolm Nance has made the following academic contributions: