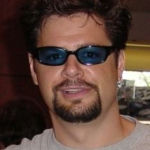 Why Is Mancow Muller Influential?

According to Wikipedia, Matthew Erich "Mancow" Muller is an American radio and television personality, actor, and former child model. Considered a shock jock, his career has been well known for controversy and clashes with the Federal Communications Commission. He is best known for Mancow's Morning Madhouse, a Chicago-based syndicated radio show, and The Mancow Radio Experience, which have been nationally distributed by Talk Radio Network. Muller also co-starred with his brother, Mark, in the reality TV series God, Guns & Automobiles, which aired on History Channel. He was most recently host of the morning show on WLUP-FM/97.9, before he was let go on March 6, 2018 upon WLUP-FM/97.9 being sold.

Other Resources About Mancow Muller

What Schools Are Affiliated With Mancow Muller?

Mancow Muller is affiliated with the following schools: