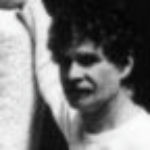 Why Is Manuel Neri Influential?

According to Wikipedia, Manuel John Neri Jr. was an American sculptor who is recognized for his life-size figurative sculptures in plaster, bronze, and marble. In Neri's work with the figure, he conveys an emotional inner state that is revealed through body language and gesture. Since 1965 his studio was in Benicia, California; in 1981 he purchased a studio in Carrara, Italy, for working in marble. Over four decades, beginning in the early 1970s, Neri worked primarily with the same model, Mary Julia Klimenko, creating drawings and sculptures that merge contemporary concerns with Modernist sculptural forms.

Other Resources About Manuel Neri

What Schools Are Affiliated With Manuel Neri?

Manuel Neri is affiliated with the following schools: