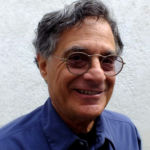 Why Is Marc Okrand Influential?

According to Wikipedia, Marc Okrand is an American linguist. His professional work is in Native American languages, and he is well known as the creator of the Klingon language in the Star Trek science fiction franchise. Linguistics As a linguist, Okrand worked with Native American languages. He earned a bachelor's degree from the University of California, Santa Cruz in 1970. His 1977 doctoral dissertation from the University of California, Berkeley, was on the grammar of Mutsun, an extinct Ohlone language formerly spoken in the coastal areas of north-central California. His dissertation was supervised by pioneering linguist Mary Haas. From 1975 to 1978, he taught undergraduate linguistics courses at the University of California, Santa Barbara, before taking a post-doctoral fellowship at the Smithsonian in Washington, D.C., in 1978.

Other Resources About Marc Okrand

What Schools Are Affiliated With Marc Okrand?

Marc Okrand is affiliated with the following schools: