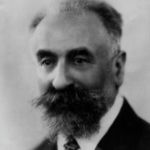 Why Is Marcel Mauss Influential?

According to Wikipedia, Marcel Mauss was a French sociologist and anthropologist known as the "Father of French ethnology." The nephew of Émile Durkheim, Mauss, in his academic work, crossed the boundaries between sociology and anthropology. Today, he is perhaps better recognised for his influence on the latter discipline, particularly with respect to his analyses of topics such as magic, sacrifice and gift exchange in different cultures around the world. Mauss had a significant influence upon Claude Lévi-Strauss, the founder of structural anthropology. His most famous work is The Gift .

Other Resources About Marcel Mauss

What Schools Are Affiliated With Marcel Mauss?

Marcel Mauss is affiliated with the following schools:

What Are Marcel Mauss's Academic Contributions?

Marcel Mauss has made the following academic contributions: