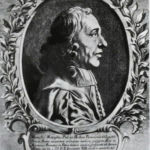 Why Is Marcello Malpighi Influential?

According to Wikipedia, Marcello Malpighi was an Italian biologist and physician, who is referred to as the "Founder of microscopical anatomy, histology & Father of physiology and embryology". Malpighi's name is borne by several physiological features related to the biological excretory system, such as the Malpighian corpuscles and Malpighian pyramids of the kidneys and the Malpighian tubule system of insects. The splenic lymphoid nodules are often called the "Malpighian bodies of the spleen" or Malpighian corpuscles. The botanical family Malpighiaceae is also named after him. He was the first person to see capillaries in animals, and he discovered the link between arteries and veins that had eluded William Harvey. Malpighi was one of the earliest people to observe red blood cells under a microscope, after Jan Swammerdam. His treatise De polypo cordis was important for understanding blood composition, as well as how blood clots. In it, Malpighi described how the form of a blood clot differed in the right against the left sides of the heart.

Other Resources About Marcello Malpighi

What Schools Are Affiliated With Marcello Malpighi?

Marcello Malpighi is affiliated with the following schools: