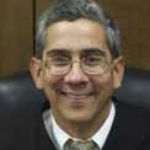 Why Is Marco A. Hernandez Influential?

According to Wikipedia, Marco Antonio Hernandez is the Chief United States District Judge of the United States District Court for the District of Oregon. Early life and education Hernandez was born in Nogales, Arizona, in 1957 and is of Hispanic descent. He moved to Oregon at 17 and began work as a dishwasher, and then as a janitor before working his way through community college while working as a teacher's aide. Hernandez then moved on to a four-year school and received a Bachelor of Arts degree from Western Oregon State College in 1983. He then attended the University of Washington School of Law and earned his Juris Doctor in 1986.

Other Resources About Marco A. Hernandez

What Schools Are Affiliated With Marco A. Hernandez?

Marco A. Hernandez is affiliated with the following schools: