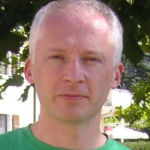 Why Is Marcus du Sautoy Influential?

Du Sautoy’s career in mathematics has focused on group theory, the study of mathematical symmetries, and number theory, the study of the integers. In England and elsewhere, he is widely known for his popular treatments of mathematics in his many writings and in the media. The British news publication The Independent named him one of the UK’s leading scientists. Du Sautoy is a regular contributor to math discussions on BBC Radio, and serves on the advisory board of mangahigh.com, an online math game. Du Sautoy also writes for The Times and The Guardian, popular British newspapers. His latest book, The Creativity Code, delves into the question of creativity in artificial intelligence software—can machines be creative?

According to Wikipedia, Marcus Peter Francis du Sautoy is a British mathematician, Simonyi Professor for the Public Understanding of Science at the University of Oxford, Fellow of New College, Oxford and author of popular mathematics and popular science books. He was previously a fellow of All Souls College, Oxford, Wadham College, Oxford and served as president of the Mathematical Association, an Engineering and Physical Sciences Research Council senior media fellow, and a Royal Society University Research Fellow. In 1996, he was awarded the title of distinction of Professor of Mathematics.

Other Resources About Marcus du Sautoy

What Schools Are Affiliated With Marcus du Sautoy?

Marcus du Sautoy is affiliated with the following schools:

Marcus du Sautoy has made the following academic contributions: