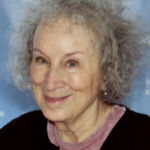 Why Is Margaret Atwood Influential?

According to Wikipedia, Margaret Eleanor Atwood is a Canadian poet, novelist, literary critic, essayist, teacher, environmental activist, and inventor. Since 1961, she has published 18 books of poetry, 18 novels, 11 books of non-fiction, nine collections of short fiction, eight children's books, and two graphic novels, and a number of small press editions of both poetry and fiction. Atwood has won numerous awards and honors for her writing, including two Booker Prizes, the Arthur C. Clarke Award, the Governor General's Award, the Franz Kafka Prize, Princess of Asturias Awards, and the National Book Critics and PEN Center USA Lifetime Achievement Awards. A number of her works have been adapted for film and television.

Other Resources About Margaret Atwood

What Schools Are Affiliated With Margaret Atwood?

Margaret Atwood is affiliated with the following schools:

What Are Margaret Atwood's Academic Contributions?

Margaret Atwood has made the following academic contributions: