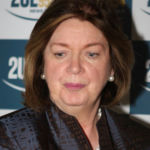 Why Is Margaret Humphreys Influential?

According to Wikipedia, Margaret Humphreys, is a British social worker and author from Nottingham, England. She worked for Nottinghamshire County Council operating around Radford, Nottingham and Hyson Green in child protection and adoption services. In 1986 she received a letter from a woman in Australia who, believing she was an orphan, was looking to locate her birth certificate so she could get married.

Other Resources About Margaret Humphreys

What Are Margaret Humphreys's Academic Contributions?

Margaret Humphreys has made the following academic contributions: