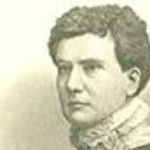 Why Is Marilla Ricker Influential?

According to Wikipedia, Marilla Marks Ricker was a suffragist, philanthropist, lawyer, and freethinker. She was the first female lawyer from New Hampshire, and she paved the way for women to be accepted into the bar in New Hampshire. She was also the first woman to run for governor in that state, and the first woman to apply for a federal foreign ambassadorship post. She made significant and lasting contributions to the issues of women's rights and irreligion through her actions and her writings.

Other Resources About Marilla Ricker

What Schools Are Affiliated With Marilla Ricker?

Marilla Ricker is affiliated with the following schools: