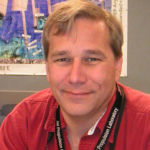 Why Is Mark Adler Influential?

According to Wikipedia, Mark Adler is an American software engineer. He is best known for his work in the field of data compression as the author of the Adler-32 checksum function, and a co-author together with Jean-loup Gailly of the zlib compression library and gzip. He has contributed to Info-ZIP, and has participated in developing the Portable Network Graphics image format. Adler was also the Spirit Cruise Mission Manager for the Mars Exploration Rover mission.

Other Resources About Mark Adler

What Schools Are Affiliated With Mark Adler?

Mark Adler is affiliated with the following schools: