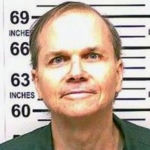 Why Is Mark David Chapman Influential?

According to Wikipedia, Mark David Chapman is an incarcerated American who murdered former Beatle John Lennon in New York City on December 8, 1980. As Lennon walked into the archway of his apartment at The Dakota, Chapman fired five shots at Lennon from a few yards away with a Charter Arms Undercover .38 Special revolver. Lennon was hit four times from the back. Chapman remained at the scene reading J. D. Salinger's novel The Catcher in the Rye until he was arrested by police. He planned to cite the novel as his manifesto.

Other Resources About Mark David Chapman

What Schools Are Affiliated With Mark David Chapman?

Mark David Chapman is affiliated with the following schools: