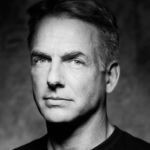 Why Is Mark Harmon Influential?

According to Wikipedia, Thomas Mark Harmon is an American actor. He is most famous for playing the lead role of Leroy Jethro Gibbs in NCIS. He also has appeared in a wide variety of roles since the early 1970s. Initially a college football player, he was named "Sexiest Man Alive" by People magazine in 1986, due largely to his role as Dr. Robert Caldwell on St. Elsewhere, a role notable for being one of the first TV characters that had HIV. After spending the majority of the 1990s as a character actor, he played Secret Service special agent Simon Donovan in a four-episode story arc in The West Wing in 2002, receiving an Emmy Award nomination for the role.

Other Resources About Mark Harmon

What Schools Are Affiliated With Mark Harmon?

Mark Harmon is affiliated with the following schools: