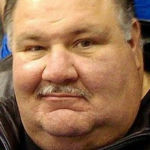 Why Is Mark Mangino Influential?

According to Wikipedia, Mark Thomas Mangino is a former American football coach. He served as the head football coach at the University of Kansas from 2002 to 2009. In 2007, Mangino received several national coach of the year honors after leading the Jayhawks to their only 12-win season in school history and an Orange Bowl victory. However, he resigned as coach at Kansas two seasons later following allegations of mistreatment of players. While at Kansas, Mangino coached in four bowl games with a 3–1 record, the lone loss coming in the 2003 Tangerine Bowl. Additionally, in five of his eight seasons at Kansas, the Jayhawks were Bowl eligible, they were only bowl eligible five times in the previous thirty seasons. He held multiple assistant coaching jobs before becoming the head coach at Kansas, the longest being an eight season stint at Kansas State as their running game coordinator.

Other Resources About Mark Mangino

What Schools Are Affiliated With Mark Mangino?

Mark Mangino is affiliated with the following schools: