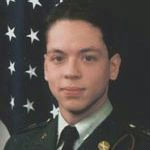 Why Is Markos Moulitsas Influential?

According to Wikipedia, Markos Moulitsas Zúniga , often known by his username and former military nickname "Kos" , is an American blogger who is the founder and publisher of Daily Kos, a blog focusing on liberal and Democratic Party politics in the United States. He co-founded SB Nation, a collection of sports blogs, which is now a part of Vox Media.

Other Resources About Markos Moulitsas

What Schools Are Affiliated With Markos Moulitsas?

Markos Moulitsas is affiliated with the following schools: