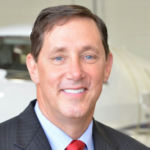 Why Is Martin H. Hiller Influential?

According to Wikipedia, Martin H. Hiller is an American entrepreneur and a principal in North Shore Holdings, LLC, with interests in aviation, carbon, and minerals. Hiller is the current Chief Executive Officer of Hiller Carbon, a supplier of carbon to steel mills and foundries. He owns the Marathon Jet Center and Marathon General Aviation in Marathon, Florida.

Other Resources About Martin H. Hiller

What Schools Are Affiliated With Martin H. Hiller?

Martin H. Hiller is affiliated with the following schools: