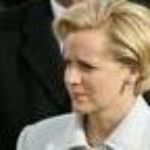 Why Is Mary Cheney Influential?

According to Wikipedia, Mary Claire Cheney is the younger of the two daughters of Dick Cheney, the former vice president of the United States, and Lynne Cheney. She is politically conservative and is involved with a number of political action committees. She married her wife Heather Poe in 2012, and in 2013 was a signatory to an amicus curiae brief submitted to the U.S. Supreme Court in support of same-sex marriage during the Hollingsworth v. Perry case.

Other Resources About Mary Cheney

What Schools Are Affiliated With Mary Cheney?

Mary Cheney is affiliated with the following schools:

What Are Mary Cheney's Academic Contributions?

Mary Cheney has made the following academic contributions: