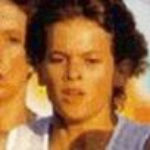 Why Is Mary Decker Influential?

According to Wikipedia, Mary Teresa Slaney is a retired American middle-distance runner. During her career, she won gold medals in the 1500 meters and 3000 meters at the 1983 World Championships, and was the world record holder in the mile, 5000 meters and 10,000 meters. In total, she set 17 official and unofficial world records, including being the first woman in history to break 4:20 for the mile. She also set 36 US national records at distances ranging from 800 meters to 10,000 meters, and has held the US record in the mile, 2000 meters and 3000 meters since the early 1980s, while her 1500 meters record stood for 32 years. In 2003, she was inducted into the National Track and Field Hall of Fame.

Other Resources About Mary Decker

What Schools Are Affiliated With Mary Decker?

Mary Decker is affiliated with the following schools: