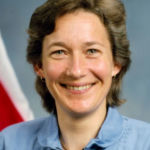 Why Is Mary L. Cleave Influential?

According to Wikipedia, Mary Louise Cleave is an American engineer and a former NASA astronaut. She also served from 2004 to 2007 as NASA Associate Administrator for the Science Mission Directorate. Early life Cleave was born in Southampton, New York as the daughter of Howard Cleave and Barbara Cleave, both teachers. She grew up in Great Neck, New York, and has an older and a younger sister .

Other Resources About Mary L. Cleave

What Schools Are Affiliated With Mary L. Cleave?

Mary L. Cleave is affiliated with the following schools: