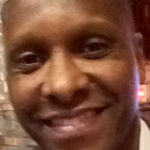 Why Is Masai Ujiri Influential?

According to Wikipedia, Masai Ujiri is a Nigerian-Canadian professional basketball executive and former player and is the president of basketball operations of the Toronto Raptors in the National Basketball Association . After a modest playing career, Ujiri became a scout in 2002, first for the Orlando Magic and then the Denver Nuggets. In 2008, he joined the backroom staff of the Toronto Raptors. Ujiri returned to the Nuggets in 2010 as general manager and executive vice president of basketball operations, and helped turn the team's fortunes around, returning them to the playoffs. As a result, he was named the NBA Executive of the Year in 2013. The following season, Ujiri returned to the Raptors as general manager. In the summer of 2016, Masai Ujiri relinquished his title as general manager to Jeff Weltman and accepted the position of president of basketball operations. Weltman was later succeeded by Bobby Webster as general manager a year later. As president, Ujiri worked to usher in a period of sustained success, helping the team win its first NBA championship in 2019.

Other Resources About Masai Ujiri

What Schools Are Affiliated With Masai Ujiri?

Masai Ujiri is affiliated with the following schools: