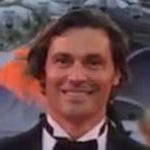 Why Is Massimiliano Neri Influential?

According to Wikipedia, Massimiliano Neri is an Italian fashion model. Early life Neri was born in Naples, Italy in 1977. As a teenager he was very involved in sports and he practised equestrianism professionally. During summer he usually spent holidays in Capri. It was there where Neri met the photographer Bruce Weber, who took some pictures of Massimiliano while shooting with models Helena Christensen, and Alex Lundqvist for 1995 Versace's Campaign. Neri was only 17 years old. One month later, Jack Pierson came to Naples, who also wanted to take some pictures of him.

Other Resources About Massimiliano Neri

What Schools Are Affiliated With Massimiliano Neri?

Massimiliano Neri is affiliated with the following schools: