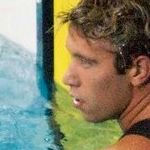 Why Is Matt Grevers Influential?

According to Wikipedia, Matthew Grevers is an American competition swimmer who competes in the backstroke and freestyle events, and is a six-time Olympic medalist. He has won a total of thirty-three medals in major international competition, fourteen gold, twelve silver, and seven bronze spanning the Olympics, World Championships, and the Universiade. At the 2008 Summer Olympics, Grevers won gold medals as a member of the U.S. teams in the 4×100-meter freestyle and 4×100-meter medley relays, and a silver medal in the 100-meter backstroke. Four years later, at the 2012 Summer Olympics, he won gold medals in the 100-meter backstroke and the 4×100-meter medley relay, and a silver medal in the 4×100-meter freestyle relay.

Other Resources About Matt Grevers

What Schools Are Affiliated With Matt Grevers?

Matt Grevers is affiliated with the following schools: