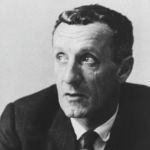 Why Is Maurice Merleau-Ponty Influential?

According to Wikipedia, Maurice Jean Jacques Merleau-Ponty was a French phenomenological philosopher, strongly influenced by Edmund Husserl and Martin Heidegger. The constitution of meaning in human experience was his main interest and he wrote on perception, art, politics, religion, psychology, psychoanalysis, language, nature, and history. He was the lead editor of Les Temps modernes, the leftist magazine he established with Jean-Paul Sartre and Simone de Beauvoir in 1945.

Other Resources About Maurice Merleau-Ponty

What Are Maurice Merleau-Ponty's Academic Contributions?

Maurice Merleau-Ponty has made the following academic contributions: