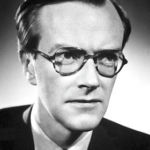 Why Is Maurice Wilkins Influential?

According to Wikipedia, Maurice Hugh Frederick Wilkins was a New Zealand-born British biophysicist and Nobel laureate whose research spanned multiple areas of physics and biophysics, contributing to the scientific understanding of phosphorescence, isotope separation, optical microscopy and X-ray diffraction, and to the development of radar. He is best known for his work at King's College London on the structure of DNA.

Other Resources About Maurice Wilkins

What Schools Are Affiliated With Maurice Wilkins?

Maurice Wilkins is affiliated with the following schools: