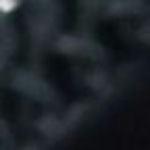 Why Is Max Fried Influential?

According to Wikipedia, Max Dorian Fried , nicknamed "Maximus", is an American professional baseball pitcher for the Atlanta Braves of Major League Baseball . Drafted in 2012 by the San Diego Padres in the first round, seventh overall, Fried made his major league debut in 2017. His 17 wins in 2019 were 2nd-most in the National League, and his seven wins in 2020 were again 2nd-most in the NL. Through 2021, Fried was second in win–loss percentage of Braves career leaders, at .690. Fried pitched 6 shut-out innings in the final game of the 2021 World Series against the Houston Astros, helping lead the Braves to their first World Series title in 26 years.

Other Resources About Max Fried